With just hours to spare, Mansour could only watch in despair as Israeli missiles reduced his life’s work to rubble and scattered the remains of some 90,000 tomes across Gaza University Street.

Now, following an international fundraising effort that drew $250,000 (£189,000) in donations, Mansour’s beloved store – founded 22 years ago – has risen from the ashes in a new location, fewer than 100 metres from the bombed-out site of the original.

“It’s more than a bookshop: people would go in there, squat on the floor and read books, like a library,” said Anglo-American human rights lawyer Clive Stafford Smith. “It’s a community institution. Samir is fabulously grateful for everything people have done.”

Stafford Smith, who is half Jewish, was moved to coordinate the fundraising drive alongside fellow lawyer Mahvish Rukhsana. (“She did all the hard work,” he said. “I was just helping.”)

The pair launched an appeal through the online platform GoFundMe, which pulled in almost 5,000 donations. 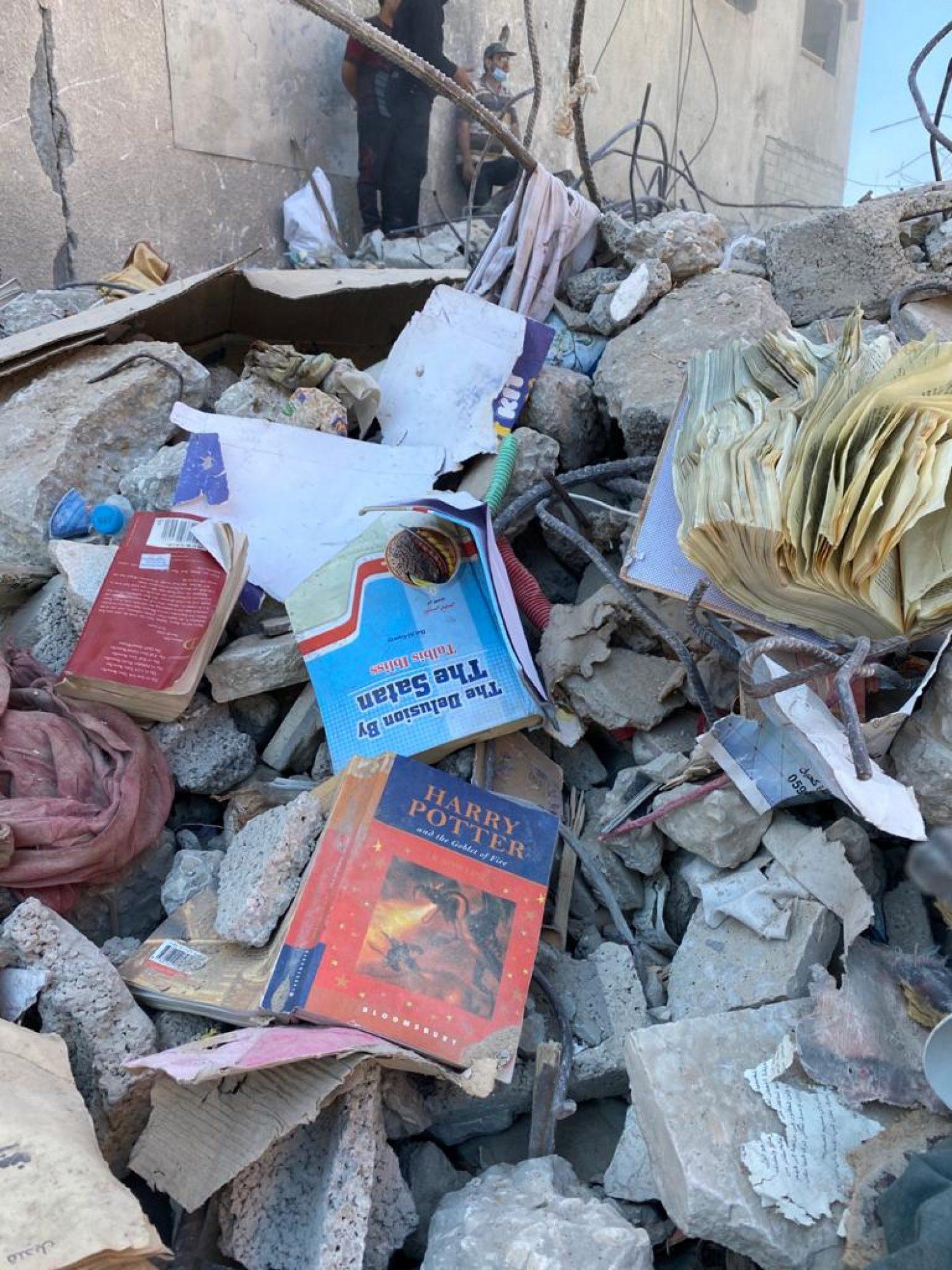 As well as money towards Mansour’s $340,000 (£257,000) rebuild, wellwishers worldwide donated more than 150,000 books, with tens of thousands pledged in book drives across the UK and stored in warehouses for shipping to the Gaza Strip.

The first 50,000 arrived weeks before opening day in February, overcoming a Brexit-related trucking shortage to meet the target.

“It was an extraordinary response,” recalled Stafford Smith, who asked book donors to include their email address and what about the book they were donating particularly touched them.

“I hoped the recipient would be able to contact them and have a human relationship,” he said. “It pains me to see how far Israel has moved from trying to reach a peaceful solution and towards thinking you can bomb the world into peace, but I know many people are still very committed to human coexistence and actually being nice to each other.”

He said Mansour, who is Palestinian, had rubbished claims that a Hamas weapons facility was operating from the same building as his original shop.

The new one, explained Stafford Smith, is important not just to Gaza, but to the people of Israel. “Samir sent us photos of the new books on his shelves, and the one that leapt out was that iconic picture on the front of the Diary of Anne Frank. “If we’re ever going to do anything about getting people to understand each other – rather than just hate each other – then it’s a fabulous thing that you have a bookshop in Gaza educating the world about the Holocaust.”