Michael Fabricant – we know, we know – plunged new depths today with a tweet about the Tory MP accused of rape ahead of today’s Prime Ministers Questions in the House of Commons.

Fabricant said on Twitter that the Commons benches would be packed by MPs keen to show they were not the unnamed politician arrested by the Met (and ordered to stay away from parliament). 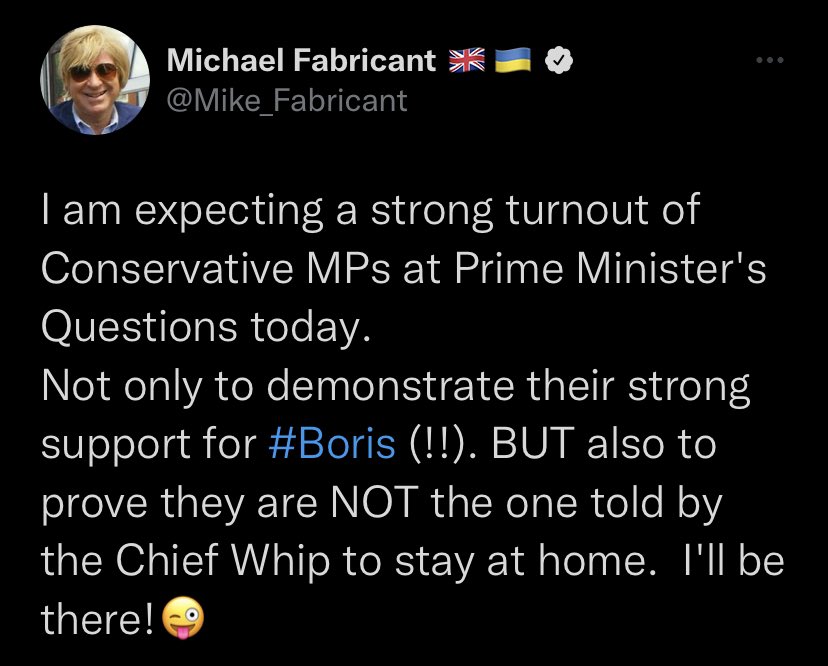 The tweet drew almost universal condemnation and disbelief from all quarters, including Labour MP Chris Bryant and others.

Seriously Michael take this down now. It shows callous disregard for the alleged victims, and it implies rape and sexual assault are a laughing matter. Take it down.

Breaking: fabricant clarifies that he isn’t a rapist. But he is still a fucking dick. https://t.co/M7fu24nNi9

Michael what the fuck. https://t.co/jtlMhpe6kU

You should read your funny tweet out to the victim

One of the grimmest things about working in Westminster is not just the regularity with which allegations of rape and sexual assault come up, but the fact people like Fabricant here trivialise these as a laughing matter or quirky bit of gossip complete with 😜 emoji. https://t.co/0xGzf6zA5d

The fact that other MPs are openly making jokes about this says everything you need to know about institutional misogyny. #FixTheSystemNotTheWomen https://t.co/byovkeNWs4

Except Fabricant wasn’t having any of it, and rather than deleting and apologising, that sort of thing, he doubled down instead.

No-one is making light of rape or assault. Far from it. But those who want to read something into a comment will contrive to do so whatever. They are professional offence takers. https://t.co/mNcDPgAoR6

The whole joke was “isn’t it hilarious that we’ll all show up to do our actual job in order to prove we’re not the accused rapist” Michael.

I’ve fixed that for you. You’re welcome. pic.twitter.com/BwhDSG8gOl