Somerset’s ‘super reserve’ is a boon for wildlife and the climate, but also culturally significant. Christian Dunn, senior lecturer in natural sciences at Bangor University, Wales, explains why

Wetlands are the superheroes of the natural world. They are crammed with wildlife, protect our coastlines, keep our rivers clean, and store climate-changing amounts of carbon.

Yet through much of history they have been at best ignored and at worst vilified and destroyed. In recent years public campaigns and money have been thrown at tree planting and reforestation, yet hardly a mention was given to restoring the UK’s bogs, swamps and marshes. But a quick scan through famous literature, paintings and even films and TV series will show you how often wetlands feature as the unpleasant, sinister backdrop of dark storylines.

Fortunately, things are now changing. This was highlighted with the recent announcement of a 15,000-acre Somerset Wetlands national nature reserve. This is the UK’s second so-called “super reserve” after Purbeck Heaths in Dorset. These reserves take in a mosaic of different habitats, and by linking them all together as part of an entire landscape management plan, it is hoped the region as a whole will benefit.

In this case, the new super reserve will encompass existing reserves on Somerset’s levels and moors, a region of coastal plains, fens, reedbeds and saltmarshes, which make up the heart of the county.

These areas are estimated to contain around 11 million tonnes of carbon, in the form of peat: semi-decomposed dead plant material. When peatlands dry out – perhaps because they are drained to make farmland or when peat is extracted for compost – the vegetation decomposes a lot faster, releasing carbon into the atmosphere.

Much of Somerset’s peat deposits have been damaged over the centuries, and continue to be so, releasing hundreds of thousands of tonnes of greenhouse gasses every year. Their protection as carbon sequestering powerhouses is essential if the UK is to hit its net zero goals in the coming decades. 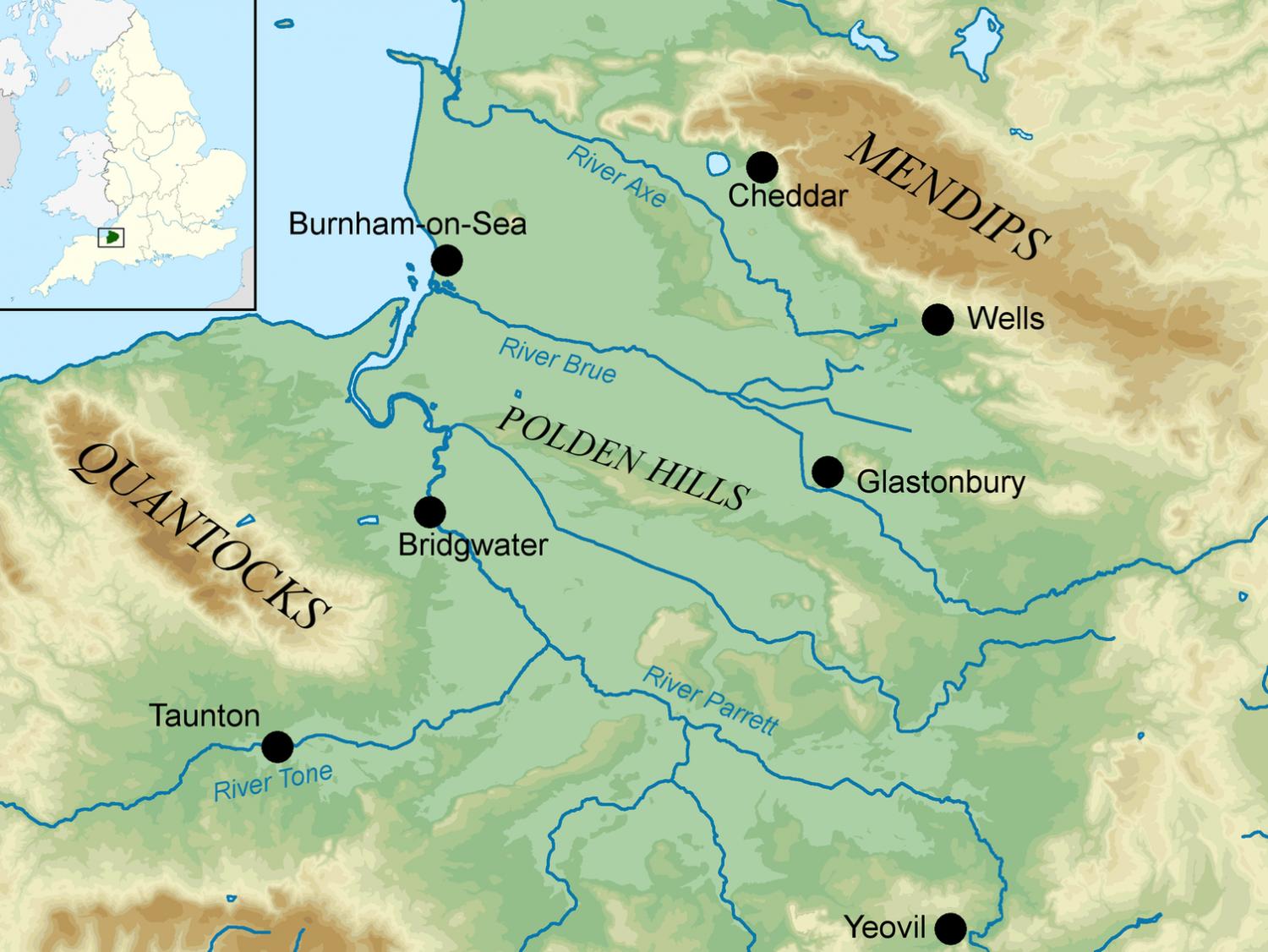 A map of the Somerset Levels and Moors. Credit: Nilfanion/Wiki

The saltmarshes on the edge of the new reserve are also carbon-dense habitats and can protect the coastline during storms and sea level rises. Then there is the wildlife that teems in this area, from otters and kingfishers to eels and marsh fritillaries (one of Britain’s rarest butterflies).

It’s not just the environmental and natural benefits provided by the wetlands of the new super reserve that make the project so special.

Britain’s history and heritage is tied up in this area and the acidic, waterlogged peatland conditions means it is uniquely preserved for us to discover. For instance the UK’s oldest wooden walkway, the Sweet Track, was built 6,000 years ago to help Neolithic people cross the marshes. Since it was uncovered in the 1970s it has helped archaeologists understand how these people lived. 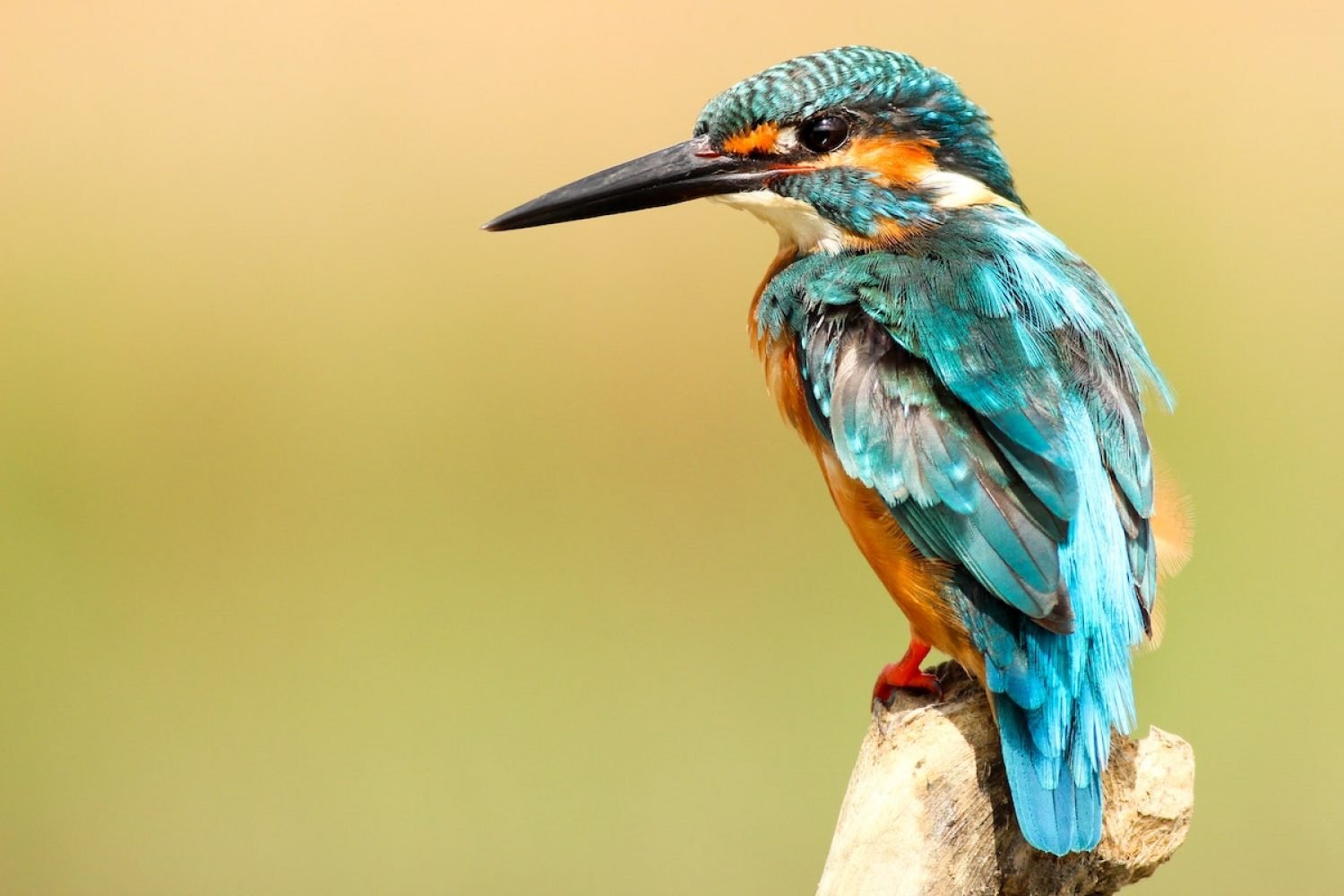 Kingfishers are among the wildlife set to benefit from the creation of the ‘super reserve’. Image: Boris Smokrovic

It may also only be a touch melodramatic to state that England as we know it would not exist if it hadn’t been for the Somerset levels and moors “fen-fastness” (as described in the Anglo-Saxon Chronicle), offering King Alfred the refuge and battleground his small force needed when fighting the Vikings in the 800s. (Though whether he burnt some cakes in the process is up for historical debate).

It’s not just the Somerset region that will see the benefits of the proposed landscape-scale management plans – the entire country will be richer. Of course, some of the area is already under the supervision of conservation organisations and they are doing a great job. But this project goes beyond those individual sites and brings them all together on a larger scale.

Properly managed individual nature reserves, no matter what the size, can be fantastic. But it’s when we join-up these pockets and expand them that we can really start to control waterflows, maximise biodiversity, reduce carbon emissions and enhance our own wellbeing. Indeed, research is showing it’s at this scale that we can have a real impact and harness the potential of “nature-based solutions” which allow natural ecosystems to help address the climate and biodiversity crisis.

When these areas are large enough and dominated by coastal and freshwater wetlands then the benefits are magnified, as it’s not just a landscape-scale being looked at, or even the seascape, but the “wholescape”.

This “wholescape” approach must be the way forward if we are serious about the use of nature-based solutions this century. And nature’s superheroes — our wetlands – need super nature reserves like the one in Somerset to show us just what they can do.

Help us continue to break the bad news bias

Positive News is helping more people than ever to get a balanced view of the world – one that supports their wellbeing and empowers them to make a difference towards a better future. And as our audience and impact grows, we’re showing the rest of the media that good news matters.

But the UK’s cost of living crisis is hitting us hard, with fewer people now able to commit to a magazine subscription – which has traditionally been our main source of funding – while paper and printing costs keep rising.

We don’t want to put a paywall on our website, because we believe everyone should have the chance to benefit from good news. But we won’t be able to continue funding our online reporting without your help.

If you value what we do and can afford to, please consider making a small, regular contribution as a Positive News supporter. We need 1,000 readers to contribute just £3 per month to get us through this challenging time.

And remember, as a not-for-profit, we work only in service to you, and all funds go towards our journalism.