George Galloway has long complained about being described as ‘Russia state-affiliated media’ on Twitter.

The former MP, whose radio programme The Mother of All Talk Shows was broadcast on the Russian state-owned Sputnik service, has threatened to sue Twitter over the issue although apparently to no avail. 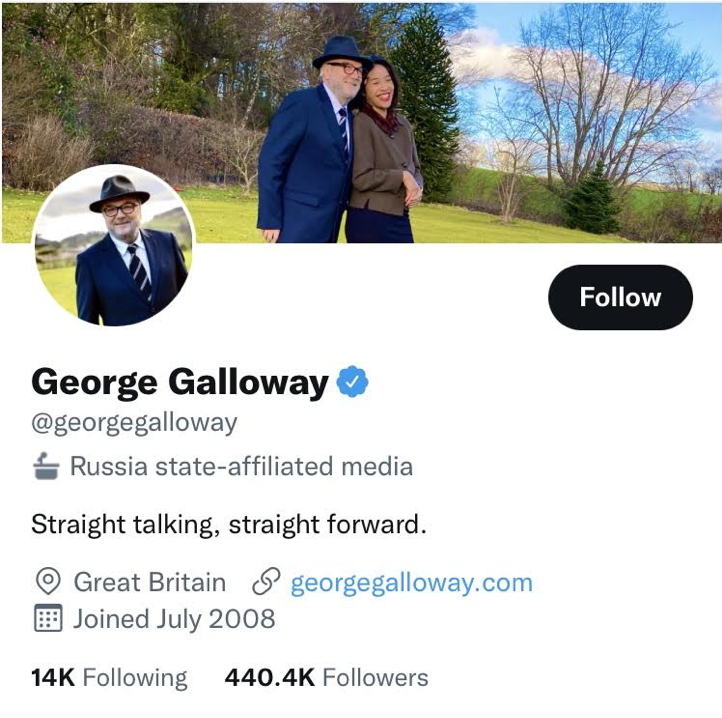 Galloway took his complaint to Elon Musk, who may (or may not) end up buying Twitter, and the world’s richest man took the time out to respond.

That was the good news for Galloway. The content of the reply, well, that was presumably less good for Galloway (but very funny for everyone else). 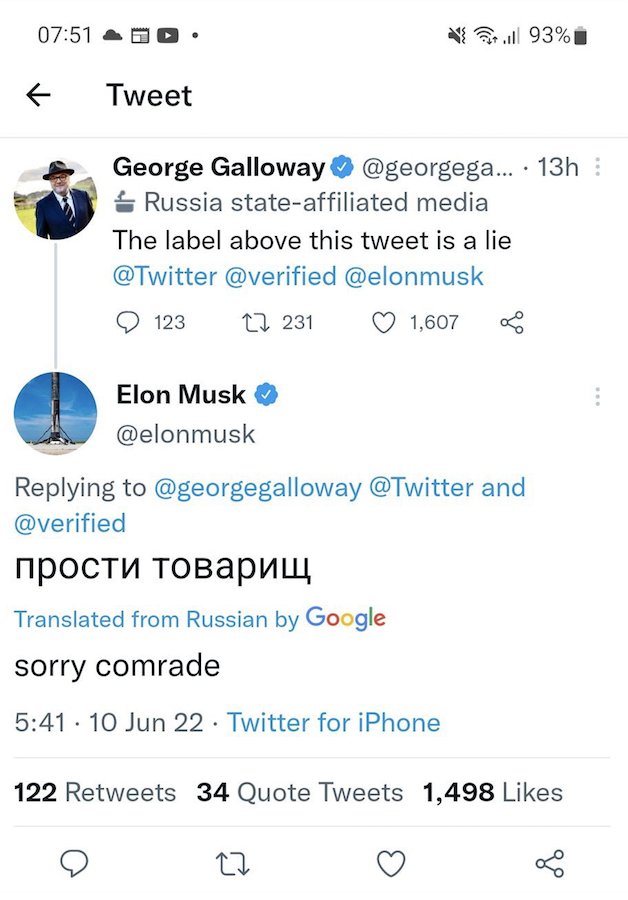 After weeks of George Galloway whining about the “Russia state-affiliated media” description of his Twitter account and constantly tagging Elon Musk, Musk has finally responded, and let me be the first to say AHAHAHAHAHAHAHAHA pic.twitter.com/5TA4jM12nc