What would happen if all vacant public spaces in UK became mini farms?

That’s the question a group of researchers tasked themselves with answering. Here they reveal their findings

Communities should have a right to improve the unloved public spaces around them by growing fruit and vegetables, according to a new campaign that’s calling for a “right to grow” law in the UK.

This law, akin to the Countryside & Rights of Way Act that first gave the public the right to roam across parts of Britain’s countryside in 2000, aims to get local councils and landowners – such as the NHS and water companies – to open up parts of land in towns and cities for cultivation by local citizens.

Initiatives like Incredible Edible, which is leading the campaign, have been successfully taking over public spaces with food growing projects for over a decade now. We set out to understand how opening up these spaces to anyone who wants to grow food could contribute to improving environmental, physical and mental health across the country.

The security of our national food supplies in the UK is a question of growing importance. The pandemic and Brexit have given us a taste of what food shortages can be like: and with the invasion of Ukraine, and the cost of fuel and fertilisers rising, more turbulent times seem inevitable. Since 84 per cent of fruit and 46 per cent of vegetables eaten in the UK are imported, these vital food groups are particularly vulnerable to supply crises.

Our research suggests that if all the green space across England, Scotland and Wales was used to grow food, it could provide around 40 per cent of the fruit and veg currently produced in and imported into the UK. Publicly owned land makes up just under half of total green space, so even if just a small fraction of public spaces was used, it could make a huge difference to the availability of healthy food.

While this kind of urban agriculture is unlikely to ever replace conventional farming, it could play a big role in boosting food supply resilience and perhaps help ease some of the UK’s growing food insecurity. 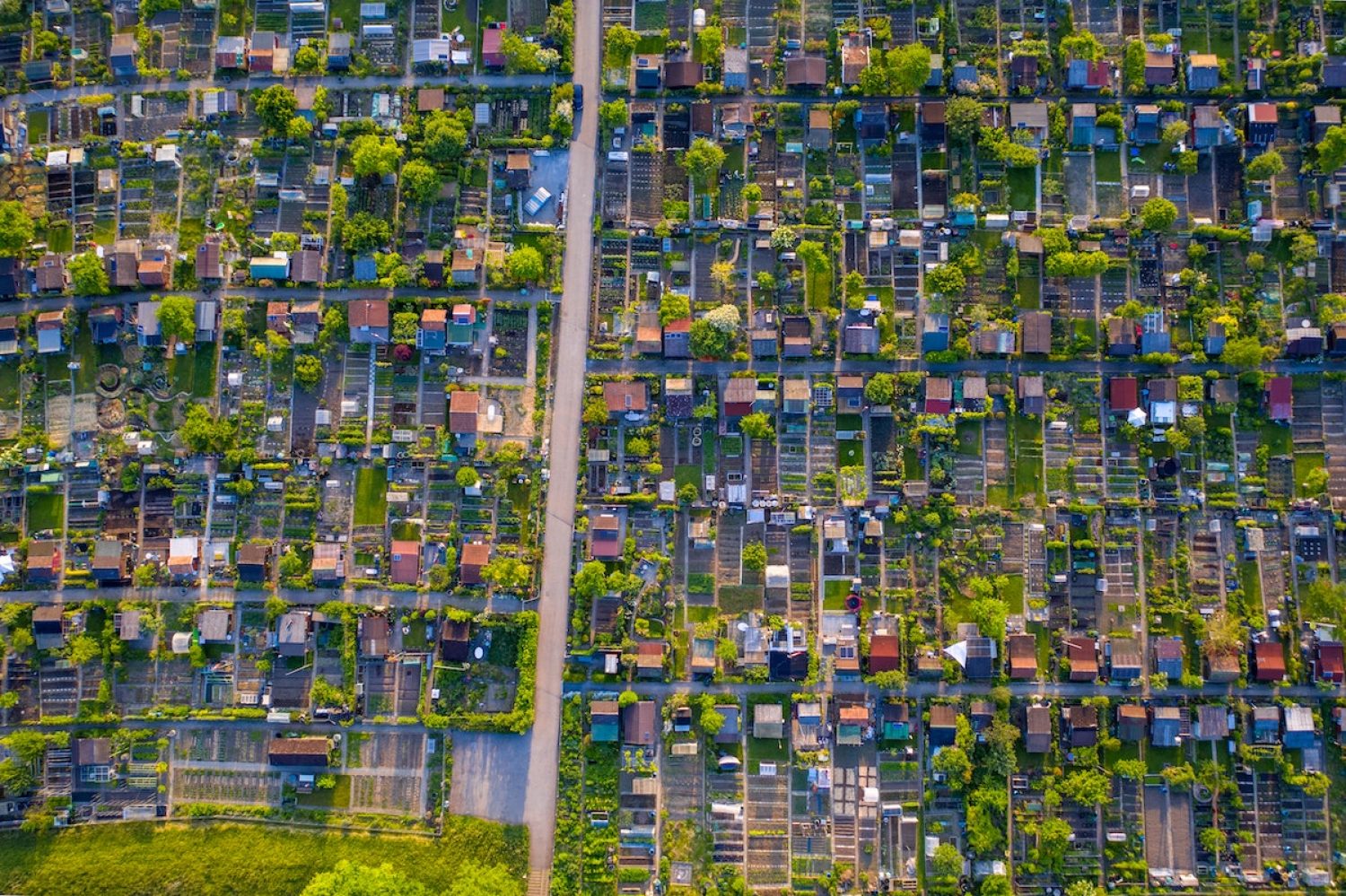 People get more than just fresh fruit and vegetables when going outside to grow: there’s now heaps of evidence for the health and wellbeing benefits of spending time in nature. Our research suggests that engaging in food growing might not only bring some of these benefits, but also lead to making healthier and more sustainable food choices.

Urban growers in our surveys were more likely to have a higher quality diet when compared to non-growers. Our work suggested that this might be because growers care more about the food they eat, where it comes from and where it was grown.

Nowadays, our food tends to come with an environmental cost. The agriculture and food sector plays a huge role in climate change, accounting for around a third of greenhouse gas emissions. Agriculture also has many other detrimental environmental effects, including being the primary contributor to biodiversity loss and a major driver of water quality problems.

The jury is still out when it comes to whether urban growing has a lighter environmental footprint than conventional growing, with a recent study suggesting we need better data to decide. But as well as producing healthier, more local food, urban growing also changes the environment of the city itself. 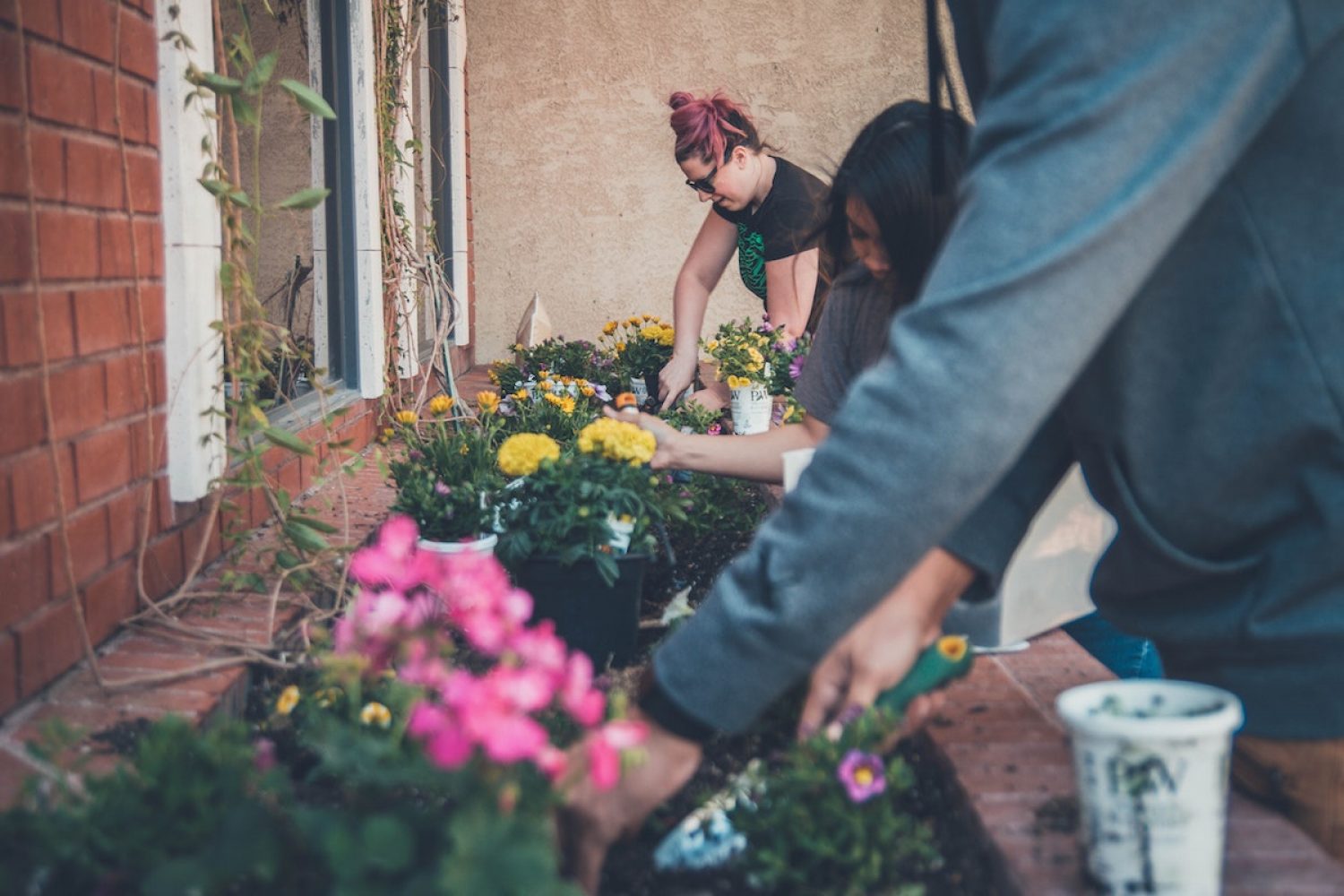 Our recent review of the evidence to date suggests that urban food growing spaces like farms and allotments can deliver as diverse a range of ecosystem benefits as other urban green spaces such as parks and school grounds. They can help clean the air, regulate local climates, store more carbon, cut the risk of flooding and encourage biodiversity to flourish.

Growing food in towns and cities could be a great way to make the most of our land, and at the same time address the pressing challenges we face when it comes to food, health, social and environmental inequalities. As acknowledged by the appointment of the House of Lords Land Use in England Committee earlier this year, deciding how to best use our land is a growing national priority.

We need land that supports better diets and helps lift people out of food poverty. We need land that fights climate change by reinforcing carbon sequestration and encouraging biodiversity, while still providing affordable homes and thriving places to live and work.

All this means we cannot afford to overlook those little fragments of land in towns and cities that are currently lying forgotten and unused. A “right to grow” law could be one way to bring these to life, while empowering people who love where they live to help improve it.