by Anthony
in Press Release
4
SHARES
Share on FacebookTwitterReddit 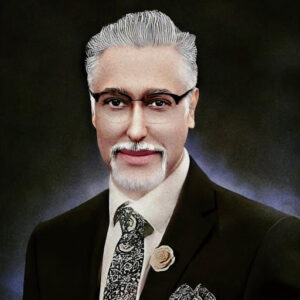 More than any other continent, Africa has been affected by the face of generations of colonialism that has resulted in the endless cycle of war, poverty and misery. The problems facing humanity in Africa, like all of the world’s problems in the last 50 years, such as the environment, the war on cancer and the end of wars and poverty, have grown far worse in previous generations. In the last ten years, we see all of these problems becoming exponentially worse, and it appears to be that the very leaders we expect to fix things seem to be the ones causing these problems and blaming it on their population at large, accusing them of being “non-essential” or worse, “over-populated.”

While world leaders throw up their hands in defeat, it is belied by their representative nations who are looting Africa for its resources and becoming exceedingly wealthy on the convenient cycle of war, poverty, misery and systematic corruption by outsiders.

While leaders speak about world peace, The world’s conflict regions intensify. To the leaders of the world who are nothing more than politicians, world peace and the pursuit of it is the same as kissing a baby during a campaign—just another way to get elected, to pull on the heartstrings of their constituents in cynical ways. Ask any politician on this planet what their plan for world peace is? Like a deer dumbed and hypnotized by the headlights at night, so will the politician being asked this question, who will have the same bewildered and paralyzed look of a deer caught in a car’s headlights.

The leaders of the world have given up on world peace if it was ever indeed on the agenda, which is questionable. The world systems of governance have failed in their stated goals. The number one stated purpose of the United Nations is: “to maintain international peace and security.”

“The world nations have failed to live in harmony with each other nor balance nature. World peace is more than a cliche but a yearning desire in all of humanity,” said HRH Prince Patrick Bijou,  A Royal of the Worldwide Empire of David.

Besides being a world-renowned author and investment banker, Sir Patrick is the head diplomat of Europe for World Peace Tracts, a worldwide NGO that since 2007 has been advocating for world peace.

“World Peace Tracts was Founded in 2007 as a way to deconflict tensions, release captives and assist those suffering from the results of war,” said Yosef Yomtov, The founder of WPT. Yomtov described a world in more conflict and turmoil than when they began their work of world peace 15 years ago. “The traditional areas of world conflict have expanded from Africa and the Middle East into Europe and now threaten a worldwide Nuclear war,” said Yomtov, who continues: “The peoples of the world must stop looking to their government institutions and leaders to solve the problems of the world as it is pretty clear that those governments and leaders have been captured by a system that is driven by money and evil and the ultimate goals thereof are our total annihilation as a species. We must look to our Creator and leaders who honour God and stand up for humanity, such as his royal Highness Prince Sir Patrick Bijou. He is not just our benefactor, but instead participates in a central leadership role with an impact on the world stage and narrative, said Yosef Yomtov, who explained how Sir Patrick, within days of the Russia – Ukraine conflict, had already dispatched a letter to Vladimir Putin inviting him to Jerusalem for peace negotiations which then ensued Israel’s entry into the peace arena.

World Peace Tracts, as part of its work in Africa, has involved itself in the failed Sudan Juba peace agreement brokered by the so-called “friends of Sudan” group of nations that include Canada, France, Germany, Italy, the Kingdom of Saudi Arabia, the Netherlands, Norway, Spain, Sweden, United Arab Emirates, the United Kingdom, the United States of America, and the European Union as members of the Friends of Sudan. “Sudan’s” friends, the most powerful nations on earth, have failed the Sudanese people in their quest for peace and human rights. It is time that the people of Sudan chose new friends and a new alignment that honours peace, and human rights are something to be strived for and not an empty cliché, “said his Excellency Sir Patrick Bijou, who chairs the Pan African Peace accords Committee with an effort to supersede the failed Juba peace agreement.

The Pan African peace accords committee is composed of university, institutional and regional leader representatives that will forge a framework for a new agreement with mechanisms for oversight and implementation.  The Pan African Peace Accords cooperate with the University of Oromia in Ethiopia, represented by Bekele Lemi Deressa and the University of Maiduguri, Borno State, represented by Ahmad Arabi Abulfathi, From the Centre For Peace, Diplomatic And Development Studies.

“We are thankful to all of the members of this very important Pan African Peace Accords, and we are grateful for the participation of the PAPA Alliance, Chairman Adam Husham of the SPLR and to all of the staff and participants from the University of Oromia State in Ethiopia and the University of Maiduguri for their support and hard work,” said Prince Sir Patrick.

“The problems of the world require bold world solutions, and the solution for Africa is the repatriation of the worldwide African diaspora and the unification of African States under the alliance of the Worldwide Empire of David,” said HRH Sir Patrick Bijou, who explained how: “Only together, treating each other with the dignity and respect as the image of God, can we live together in harmony and equity.”

About the Author: Greg ‘Puntin’ Cooks is an international hip-hop artist, producer, and speaker who has helped a countless number...

The FCA licensed fintech company Minted App, lets customers invest as much or as little as they want each month,...

With the rapid explosion of Bitcoin, the concept of web3/NFT/Dao has since become a hot topic, stimulating the emergence of...